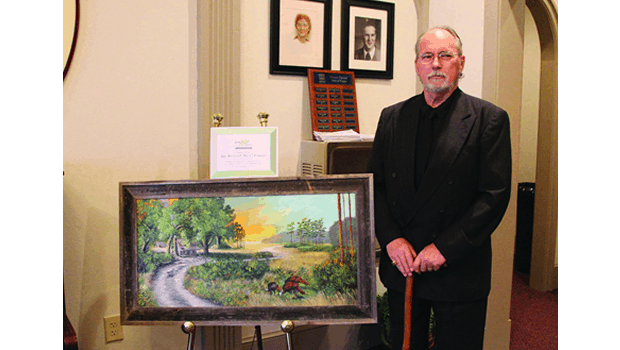 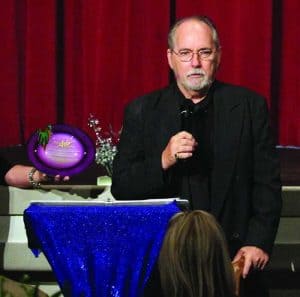 Award winning Florida Wildlife and Landscape Artist Richard “Rick” Powers was born April 11, 1944 in Bartow, FL. as a 6th generation Floridian. He graduated from Bartow Senior High School (then Summerlin Institute) in 1962 and served in the U. S. Navy for four years. He attended and graduated from Florida Southern College in 1975.

Richard is a self-taught artist who at an early age showed an interest in art. His Father taught him his love for nature and its environment and they spent many hours in the woods and on the water. These times are reflected in his art as he recalls those most treasured moments.  “Due to the influx of people, our fragile landscape has declined to a point that the natural habitat of our wildlife has all but disappeared. Thru my art I strive to preserve for future generations the Florida that once was and will be no more. “

Powers considers the use of art critical in educating both young and old about the importance of conservation. He is one of the founding Artists of Arts Ensemble Education Foundation and Healing Arts Center in Winter Haven. Mr. Powers spends a great deal of his time giving of his time and talents to school

Mr. Powers is the illustrator to Patrick Smith’s book, A Land Remembered and shares a Florida passed but not forgotten. His current mural (much of it depicting the books theme) is located at the Polk County History Museum and is a work in progress.

Much of Richard’s work can be found in commissioned work throughout Polk County and the State of Florida.  “Polk Proud,” named after the theme of the county’s 150th anniversary year, is a colorful and detailed 4 feet by 8 feet original acrylic painting celebrating Polk County created by artists led by the Arts Ensemble Education Foundation.

“It’s very important to perpetuate and preserve the history of this county,” said Powers, “Everything is changing. This is a way of preserving what was.”

In search of the artist for the Inaugural Artist Hall of Fame, The Polk Arts Alliance Board of Directors selected Mr. Powers for his talent, philanthropy, passion for preserving Florida Landscape, his passion and time for teaching all ages and being a 6th generation Floridian.

“Mr. Powers was a perfect match for ALL of the criteria we were looking for. Mr. Powers is the perfect choice to be the first to be honored to represent the vast talent in Polk County.” Meri Mass, Executive Director.

Published in Artist Hall of Fame