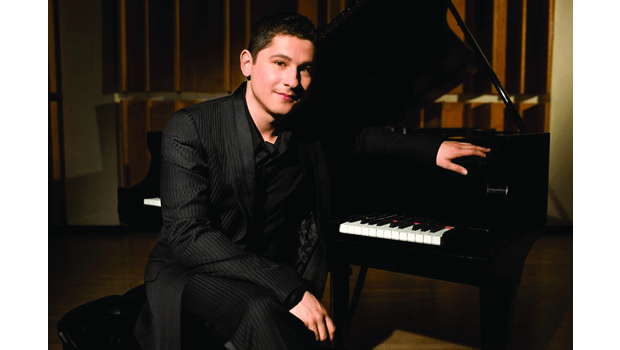 This year marks the launch of Live at Harrison – a series of concerts and performances featuring nationally-known artists and performers. “Not only are we hoping to bring quality artists to our area,” said Harrison principal, Dr. Daryl Ward, “but these artists will also work with our students in some capacity.” The Live at Harrison series is yet another way Polk County students will be exposed to professional artists through master classes and private workshops.

The series kicks off September 17 with piano virtuoso Eldar Djangirov. Djangirov was lauded by the late Dave Brubeck as “a genius beyond most young people I’ve heard.” Downbeat magazine stated that “his command of his instrument is beyond staggering.”

On October 3, Polk State College’s Voices of the People will feature a “cello-bration” as the quartet offers a community concert. Roland Dyens, the master guitarist from France, comes to Harrison on October 15, making his only Florida appearance at the Lakeland school. Dyens is ranked highest in the “Top 100” list of the most-recorded original guitar works by living composers.

And finally, October closes out with a reading by renowned poet, Peter Meinke, on October 29. Meinke, named Florida’s Poet Laureate by Governor Rick Scott in June, has published in the Atlantic, The New Yorker, The Nation and dozens of other journals. He will read his work along with students from the Harrison Creative Writing program.

The final two Live at Harrison events are set for November and May respectively. Grayson Hugh, the piano-vocalist known for his 80s hit, Talk It Over, will perform at Harrison on November 20. Hugh’s music was also featured on the movie soundtracks, Thelma and Louise and Fried Green Tomatoes.

And in May, celebrated photographer Clyde Butcher will bring an exhibition of his work to Harrison. Butcher, famous for his large-format black and white landscape prints, will give a lecture and sign books at the event. The exact date for this event is still being set.

“I’m excited about the opportunities these events bring to our students,” Ward said. “They get to see first-hand what it’s like to be a professional artist and to improve their own craft by interacting with each guest.” Tickets for each event can be purchased at www.harrisonarts.com.