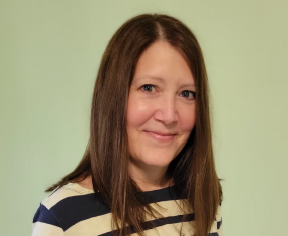 The Board of Directors for the Lake Wales History Museum is very happy to announce the appointment of Melissa Stoller as the museum’s incoming Executive Director. Stoller comes to Lake Wales from Tallahassee, Florida, where she has served as the Executive Director of the Tallahassee Trust for Historic Preservation for the past eight years. Stoller will begin her new position on Tuesday, July 12, 2022.

“We are very excited to welcome Melissa to the Lake Wales History Museum team and look forward to working with her. We believe that Melissa will have a powerful impact on our museum and continue to lead us into a bright future.” says Brandon Alvarado, President of the Lake Wales History Museum Board of Directors. “As we approach the museum’s 50th anniversary in 2026, the Board of Directors and I are confident in her ability to fulfill the museum’s mission, facilitate the growth of the museum and its events, and introduce the museum to a new generation of Lake Waleans.”

Stoller earned her PhD in Historic and Cultural Aspects of the Near Environment from Oregon State University and a Master of Science in Historic Preservation from the University of Oregon.

While with the Tallahassee Trust for Historic Preservation, Stoller performed architectural surveys of resources ranging from Mid-Century Modern architecture to historic neighborhoods around Florida A&M University and conducted successful education and outreach programs, including a walking tour of 1930’s era Modern architecture. Stoller’s leadership helped list residential and commercial properties on both the Local and National Register of Historic Places, including Tallahassee’s c. 1909 Water Works building. Stoller served on the City of Tallahassee’s Historic Property Grant and Loan program committee and actively advocated for the preservation and rehabilitation of local historic properties.

“I’m proud of my time at the Tallahassee Trust, but I’m ready for the next adventure and to return home to central Florida.” said Stoller. “Rest assured that although I received my education on the west coast, I am a Florida girl at heart. I grew up in Tampa and I’m thrilled to be returning to the area. I’m excited to become a part of the Lake Wales community!”

Stoller will assume the position most recently held by Jennifer D’hollander, who left the Lake Wales History Museum in March to become the Director of Business Development for Z Axis Solutions in Winter Haven. Currently, Anderson Hanna, the Curator of Collections, serves as the interim Executive Director until Stoller joins the museum in July. The board of directors is grateful for Anderson stepping into this role and would like to thank him for his steady leadership and commitment to the Lake Wales History Museum to ensure a successful transition.