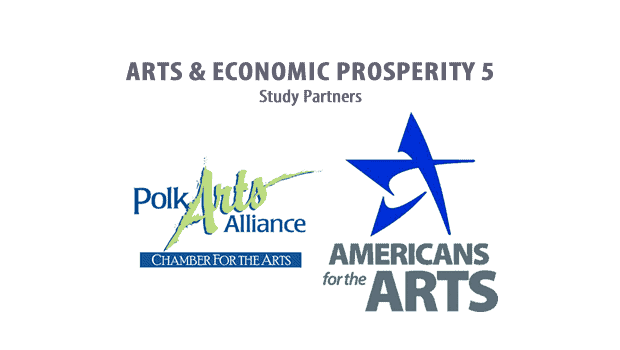 Meri Mass, Polk Arts Alliance Executive Director is excited to announce a partnership with Americans for the Arts (AFTA), to be included as one of the U.S counties that will be a part of the National Arts & Economic Prosperity® 5 (AEP5) Report. Participating communities represent all 50 states plus the District of Columbia but selected partners are limited. Americans for the Arts is the nation’s leading nonprofit organization for advancing the arts and arts education.

The Arts & Economic Prosperity® 5 Report will be the largest national study measuring the economic impact of spending by nonprofit arts and culture organizations and their audiences ever conducted. Surveys will be collected throughout calendar year 2016; results will be released in June of 2017.

The Polk Arts Alliance is excited to be selected as the partner organization representing Polk County. “As a member of AFTA for over 10 years, having graduated from the 2013 AFTA Leadership Class at Sundance, and an active Private Sector Council Member, I jumped at the opportunity to be included by AFTA as a lead partner and bring the arts community in Polk on board as study partners, said Meri Mass. I am thrilled we can include the Polk County Cultural Arts community (nonprofit arts and culture organizations) in this national study conducted by such a prestigious organization, a leader in our field. The AEP5 Report will be a great indicator to measure Polk County’s creative industries sector and have actual numbers on the economic impact of all the arts to share with the County CFDC and our Chambers as a result of the Prosperity 5 Report.”

AFTA’s selected participating communities represent all 50 states plus the District of Columbia. Study partners will collect audience-intercept surveys from attendees at arts events using a short, anonymous questionnaire that asks how much they spent on items such as meals, parking and transportation, souvenirs and retail shopping, and overnight lodging as a direct result of attending the event. Additional analyses will gauge the important role that the nonprofit arts industry plays in attracting tourists to communities. The Partner organization (Polk Arts Alliance) will collect detailed financial information from its local nonprofit arts and culture organizations such as local theaters, dance companies, museums and galleries, and arts education organizations as part of the study.

Conducted by Americans for the Arts, AEP5 is the fifth national study over the past 20 years to measure the impact of arts spending on local jobs, income paid to local residents, and revenue generated to local and state governments.

“Our Arts & Economic Prosperity series demonstrates that the arts are an economic and employment powerhouse both locally and across the nation,” said Robert L. Lynch, president and CEO of Americans for the Arts. “Leaders who care about community and economic vitality can feel good about choosing to invest in the arts. Nationally as well as locally, the arts mean business.” 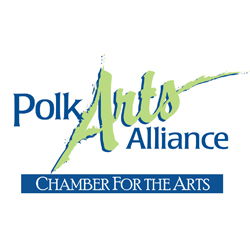