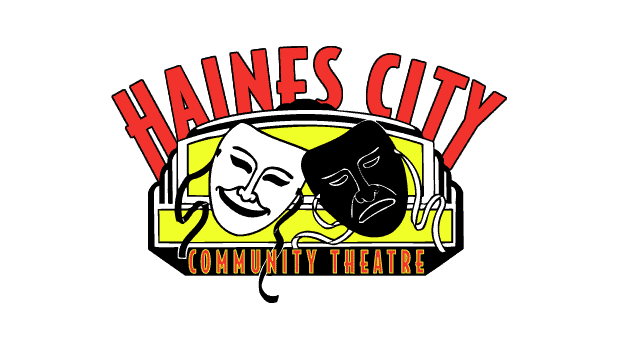 After being dark for nearly 2 seasons while they searched for a new home, Haines City Community Theatre is pleased to announce their upcoming season for 2014-2015. They will open in their new location, the old library building located at 303 Ledwith Avenue in front of Lake Eva Park,  just down the street from their old home.
They will start out their season with “Dearly Departed” by David Bottrell and Jessie Jones.  This is a southern comedy about the Turpin family and their trials when they come home to bury Daddy.  It will run Saturdays evenings and Sunday matinees fromNovember 1-November 16, 2014.
They will follow this with their first HCCT KIDS! production of the season,”The Snow Queen” based on the fairy tale by Hans Christian Anderson, adapted by Julia Flood with music and lyrics by Lee Ahlin.  This show runs Friday, December 12 through Sunday, December 14, 2014.
The second  mainstage show of the season will be “Cliffhanger” by James Yaffe.  This  mystery/comedy  explores what a college professor would do to keep his job.  Performance dates will be Saturday evenings and Sunday matinees, February 7-22, 2015.
The final mainstage production of the season will be “Nobody’s Perfect” by Simon Williams.  This comedy is about what lengths one man will go to to get published.  It will run Saturday evenings and Sunday matinees from April 18-May 3, 2015.
In addition to the regular mainstage productions, HCCT will add a summer dinner theatre to their performance schedule.  The show for this season will be “You’ve Got Hate Mail” by Billy Van Zandt and Jane Milmore.  Online hook-ups and breakups and their repercussions are explored in this hilarious cyber-comedy of errors. “You’ve Got Hate Mail” runs Saturday evenings and Sunday matinees, June 13-21, 2015.
HCCT KIDS! concludes the 2014-2015 season with the classic children’s tale “Hansel and Gretel.”  This runs Saturdays and Sundays from August 15-30, 2015.
Ticket prices for the three mainstage shows is $15.00 each.  Season tickets are $40.00 and include each of the three mainstage shows.  Discounts are offered to groups of 25 or more. Performance times for the three mainstage shows is 7:30pm on Saturday evenings and 2:30pm on Sunday matinees.  Performance times and ticket prices for the two children’s shows and the dinner theatre will be announced at a later date.  For further information, visit the website at www.hainescitytheatre.com, “Like” them on facebook, or call the Theatre at 863-421-1893 to hear the current message.