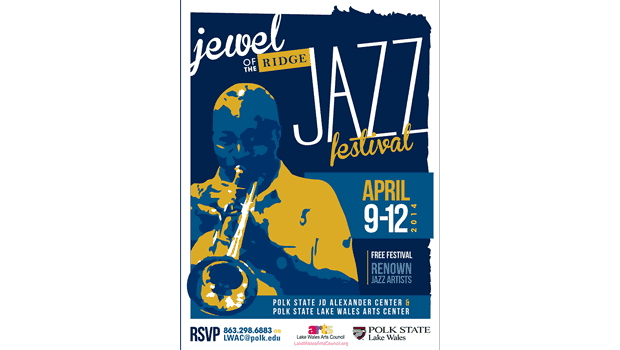 Jewel of the Ridge Jazz Festival

April is Jazz Appreciation month, and the inaugural Jewel of the Ridge Jazz Festival will make for an experience unlike any other in Polk County. It’s going to feel like visiting a jazz club on the West coast or in New York.

“Timing was everything,” said Hines, the Lake Wales trumpeter who discussed the idea with fellow Lake Wales jazz artist de Lissovoy for years. “When Osubi Craig was hired as the director of the Polk State Lake Wales Arts Center, he shared our vision and said ‘Let’s do it!’”

Although too humble to toot his own horn, Hines’ life story has impressed friends like Barbara Connor, Council president. “Charlie overcame tremendous obstacles during segregation to become a great musician who attended Boston’s Berklee School of Music and was inducted into the Georgia Music Hall of Fame in 1978. He’s one of the jewels of our community who makes our lives richer with all he contributes through his many volunteer activities.”

His interest in music began at age 7 beating on wash tubs on his back porch in Newnan, Ga. Picking up the trumpet at age 12, Hines has played professionally for 55 years. His career started at age 17 in the Air Force Band, allowing him to play for two U.S. Presidents. Jazz influences include Paul Mitchell, John LaPorta and Duke Pearson. Performing in the Lionel Hampton Orchestra and the Duke Person Big Band, he toured with R&B groups Jackie Wilson, Al Green and Johnnie Taylor. An all time favorite was Mary Wells, the 1960s Queen of Motown, who recorded hits like “My Guy.”

Although he never received royalties for his recordings, Hines, nearing age 72, credits his wife Melissa for never becoming bitter. “Music is supposed to lift your spirit. I try to paint a picture with each note I play so you can hear the full story of everything I have lived and the joy within the pain I experienced. I have a great life.”

The Festival also will feature one of Cuba’s most treasured cultural entities, Orquesta Aragon, that debuted in 1939. Signed to RCA Victor in the 1950s, they spearheaded the first wave of Cuban Cha Cha and Mambo mania that captivated American audiences. After tours of the U.S., Europe and Latin America were interrupted by the Cuban blockade, Orquesta Aragon returned for three U.S. tours in 1999 including concerts at Carnegie Hall in New York, Orchesta Hall in Chicago, and Zellerbach Theatre in Berkeley.

Another Festival headliner is one the masters of jazz guitar, John Abercrombie, whose career spans more than 40 years and nearly 50 albums. Known for pushing the boundaries of meter and harmony, he began playing the guitar at age 14. Throughout the 1990s and into 2000 and beyond, Abercrombie has continued to pluck from the ranks of jazz royalty and be plucked for guest appearances on other artists’ recordings. With a heavy touring schedule, he continues to record with ECM, a relationship that has spanned more than 30 years. 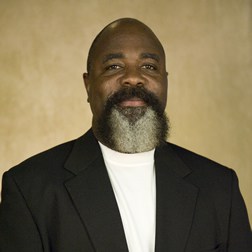 Fellow jazz guitarist Willie J. Thompson III, known as TFOXX, also will be showcased during the Festival. From Chubby Checker to George Benson and B.B. King, he has been playing professionally for 45 years and is working on his third CD. The St. Petersburg native’s studies began in high school with Gary Syker and he has studied with jazz guitarists Robert Conti, Joe Broccio, Jim Robo and Brad Carlton. In addition to performances through the nation, he has performed on television and in many five star hotels and clubs throughout Japan.

Also sharing the Festival stage will be saxophonist Randy Corinthian. The CEO of RC Music Group, Corinthian has performed with Ellis Marsalis, Victor Goines, Ron Isley, Debbie Reynolds, Mike Phillips, Rick Watford and Alex Bugnon. He graduated from Florida A&M University with a B.S. and master’s degree in music education. An adjunct professor of music at Broward College, Corinthian teaches music in the public school system and was honored by Legacy Magazine as one of South Florida’s 40 under 40 Black Leaders of Today and Tomorrow in 2012.

It’s a rare opportunity to enjoy internationally acclaimed talent — for free. Jewel of the Ridge will take place April 9-12. Performances scheduled during the festival include the following:

The Randy Corinthian Quartet, led by saxophonist Randy Corinthian, who first performed at Polk State in December. Corinthian trained at Florida A&M and Florida State and has shared the stage with such jazz greats as Ellis Marsalis.

Encore performances by the Randy Corinthian Quartet and John Abercrombie.

Complementing the musical entertainment will be a reception and exhibit by Gary Gessford, a Mulberry-based painter, at 5 p.m. on April 10 at the Polk State Lake Wales Arts Center. All events are free, open to the public, and family-friendly. Food vendors, including Chalet Suzanne, will be on-site.