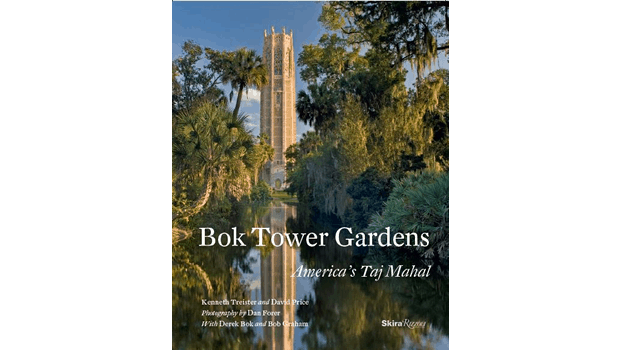 Special Presentations for the Gardens Planned

Kenneth Treister, co-author of the recently released Bok Tower Gardens: America’s Taj Mahal, will discuss the book and his connection to Frank Lloyd Wright during a brunch in the President’s Dining Room at Lakeland’s Florida Southern College on March 23 at 10 a.m. Treister is an architect, author and artist. He has produced four documentaries and has written nine books.

According to David Price, co-author and president of Bok Tower Gardens, Bok’s story is one of appreciation and giving back to the country that afforded him so much over his lifetime. “Bok wanted to create a place of beauty as a gift to the American people, and the culmination of his life’s work was the dedication of the gardens and tower in 1929,” Price said. “It’s part of American history, a story that deserves to be told.”

Following the presentation is a book signing and an optional tour of the world’s largest collection of Wright architecture, beginning at 12:30 p.m. The tour features a film about Frank Lloyd Wright, as well as the opportunity to visit the new Wright-designed Usonian House—the only Wright house to be built since the late 1960s for its original client on its original site. 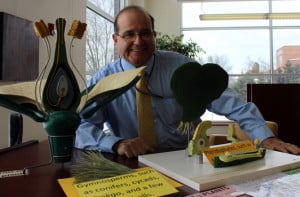 Then on March 24 at 11 a.m. in the Magnolia Room at the Bok Tower Gardens’ Visitor Center, botanist and plant expert Dr. Jorge Santiago-Blay will speak about Amber and plant exudates–the “gooey stuff that many plants ooze.”

Amber is fossilized tree resin (not sap), which has been appreciated for its color and natural beauty since Neolithic times. Valued for generations as a gemstone, Amber is often made into a variety of decorative objects. It is also used as an ingredient in perfumes, as a healing agent in folk medicine, and as jewelry.

Blay finished his master’s in biology with emphasis in zoology at the University of Puerto Rico. In 1990, he completed a master’s in botany and a PhD in entomology from the University of California at Berkeley. Currently, Blay is a research associate in the Department of Paleobiology at the Smithsonian Institute’s Museum of Natural History and serves as editor-in-chief of several scientific venues including Life: The Excitement of Biology.

Dr. Blay’s lecture is included with Gardens’ admission. No RSVP is required to attend.

Democratic Dialogues – Democracy in Florida: A Work in Progress

Sounds, Thoughts and Colors of Suffrage