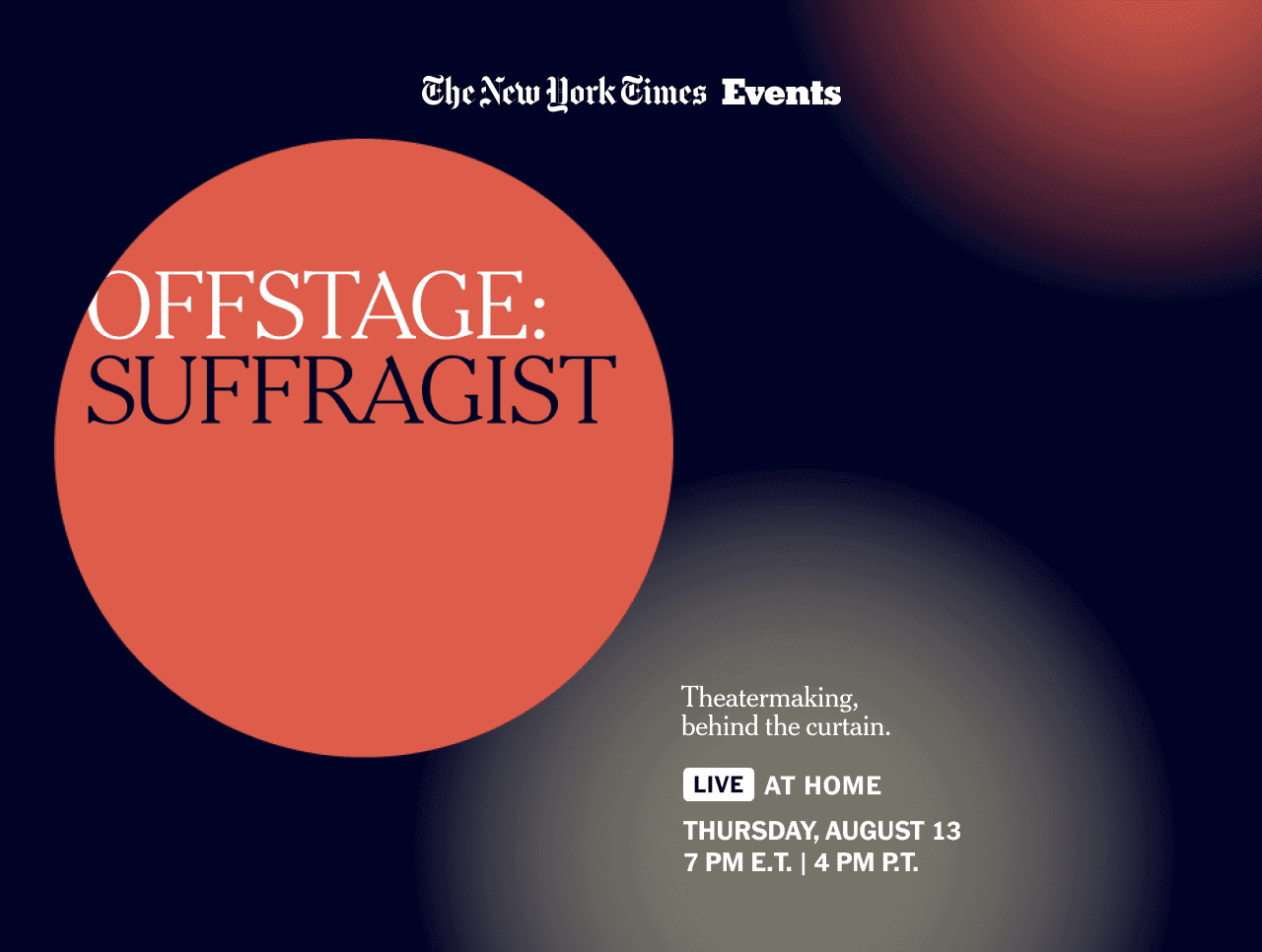 The musical “Suffragist” was due to premiere this fall. Then everything changed.

Join the creators and cast of the show for an evening of conversation and song as we discuss the pandemic-interrupted journey of the production, and watch two numbers from the work in progress — their first-ever public performance.

Go behind the scenes with “Suffragist.”
Explore the production and the ongoing effects of the suffrage movement with composer Shaina Taub, director Leigh Silverman and scenic designer Mimi Lien in conversation with Times narrative projects editor Veronica Chambers.

Hear members of the show’s cast — including Jenn Colella, Nikki M. James and Kuhoo Verma — talk with theater reporter Michael Paulson about their experiences preparing for the show, and how “Suffragist” has shaped their thinking about our world today.

It’s the second episode of Offstage, our new series about theatermaking during the pandemic.