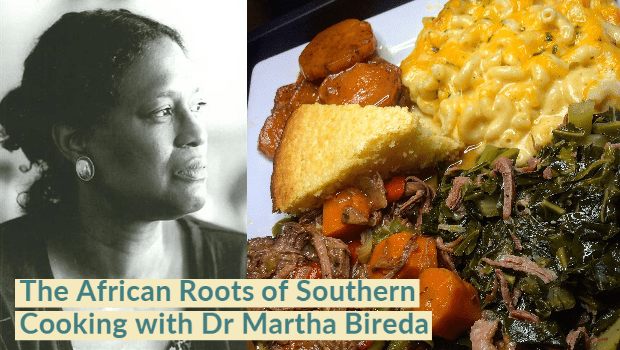 A Black History Month program at Lake Wales Public Library on February 11 at 6pm.
African American food history can be traced back to Africa along the stretches of Olduval Gorge, from which man had his common origin, and where he prepared his first meal. In this presentation, participants will follow the journey of foods from the African village, on the Middle Passage, into the cabins of the enslaved, and the kitchens of the Big House to become the basis for Southern cooking and some of America’s favorite foods.
Martha R. Bireda, Ph.D. is a true “Grits”, girl raised in the sun. She is a fifth generation Floridian and a descendant of one of the founding families in Punta Gorda. Martha grew up in Punta Gorda, attended the old Baker Academy, and finished Booker High School in Sarasota, as Valedictorian of her class.
Dr. Bireda returned to Punta Gorda in 2001 to honor her mother, Bernice Andrews Russell’s vision to establish an African American museum in Punta Gorda. The Blanchard House Museum of African American History and Culture of Charlotte County opened in May, 2004.
Presently, Dr. Bireda is Director of the Blanchard House Museum. She is a frequent public speaker, lecturer, and living history re-enactor.

Democratic Dialogues – Democracy in Florida: A Work in Progress

Sounds, Thoughts and Colors of Suffrage